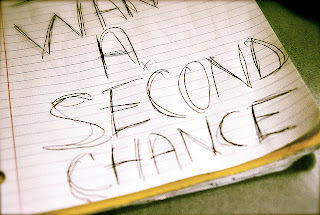 I am pretty sure I am not the only one that has wanted, and needed, a

second chance at something.  I can think of hundreds of times when I had the

Care to join me in reminiscing about those times?

Those times in high school when I suddenly found myself in front of the guy who I had a crush on.    Here  was my chance.  C'mon Sarah....be clever, cute and charming.  But all that came out was "Uhhh.... ummmm.... welllll.... hi."  UGH.  Seriously?  What a dork.  Boy oh boy did I kick myself after those missed opportunities.

Those days as a college student who couldn't get a grip on life and things were so overwhelming.  Life seemed to be spinning around me due to many things and each day I would be determined to get to class.  But then many days I didn't make it.  Really Sarah?  What is wrong with you?!  Why couldn't I just go?

Those long, tiring days of mommydom when I had 3 small kiddos, lived far from family and was weary.  I was not the best mom those days.  I was easily frustrated.  My patience was limited.  I would wake up each morning and pray that today I would be a better mom.  Then somehow, each day, I would not live up to that prayer.

Those years of filling a hole in my life with food.  The vicious cycle of low self esteem led to the need for comfort food which then led to self loathing(for eating too much) which brought me back to the desire for comfort.  What was wrong with me?  Why couldn't I just lose weight and be skinny like my friends?  Monday will be the start of the next chance for me to get skinny.....

Those times as I was growing up in churches, developing a faith when I thought I had not done enough to earn God's love.  Each time we would have confession at school I would say I was sorry and promise to do better.....but eventually failed at that promise.  I struggled with finding my worth in the midst of these perceived failures.

Anyone relate?  Do you have those days, times or events when you wished you could have a do-over?  A second chance?  I am betting you can all think of more than a few.

Thankfully, life is full of second chances.  It took me a long time to see what those second chances looked like though.  Sometimes we think that that do-over should be presented to us pronto!  Not so much.  Much of the time it is not given to us immediately.  Sometimes it can take years to have the chance to change it.   The trick is recognizing that second chance when it arrives........

Those crushes in high school were not meant to be.  My second chance came in the midst of another second chance.  The first time I met my husband he was not, let's say, too respectful toward me.  He was a college guy having a fun time at a party and was...well....err.... kind of a jerk.  Then months later we met again (actually 26 years ago yesterday!!).  He was more of his true self that night...and I gave him a second chance.  But I also was getting a do-over.  I didn't fumble my words, stutter or look like a dork.  I was more mature....more ready to be in a relationship.  I am thankful now that I was a dork back in high school......it brought me to Craig. 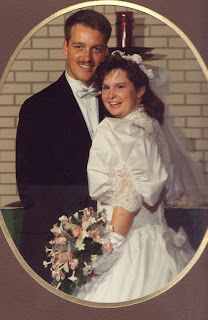 Those absentee days in college were hard.  Lots had happened and what I didn't recognize was that I probably was in a bit of a funk.  I was hard on myself for not finishing college.  I thought that I was never going to be smart enough or successful enough without that college degree.  A second (and third) chance came along years later.  I went to school for cosmetology.  I graduated at the top of my class and took 1st place in the annual hair show and went on to a very successful 15 year career as a hair designer.  Then the third chance........ Cellar Designs.  What a blessing this has been to me.  I guess I needed to learn first what "success" meant before I could truly experience it.

Those years of being the "imperfect" mom were catapulted into the extreme when I found out I was (VERY unexpectedly!) pregnant with our 4th child.  This was not our plan.  This was not what I wanted.  This was crazy.  Another child?  Oh boy.....

Our little spirited redhead, Noah Scott, was my second chance for me to review what a perfect mom should look like.  He has taught me that imperfect IS perfect.  If my older kids can't see that I am a mess sometimes then how in the world can I expect them to grow up knowing that it is ok to make mistakes in their lives? The second half of my life as a mom has been much better.  I have learned to lighten up.  I have learned to cherish the moments.  I savor each second chance. 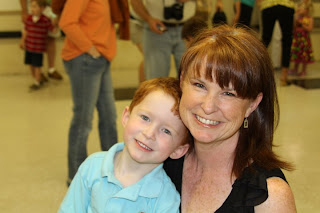 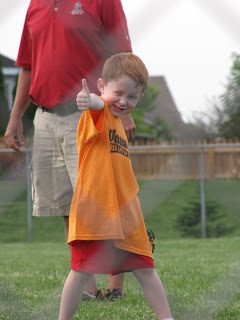 Food, food, food.  My second chance came at age 40.  4 years ago this month I was given access to an amazing tool to help my journey.  I had gastric lap band surgery.  For many of you I am sure you think, automatically, "ohh....easy way out'.  Not at all.  The band required me to make good choices each day of what I put in my mouth, how much, and how often.  If I chose poorly.......ugh, no fun.  If I chose wisely I grew to be a healthy woman.   It helped me to break that cycle and take responsibility of how I got there and control of getting my life and health back. 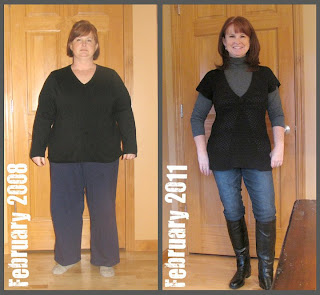 I am thankful for the foundation of faith I was given as a child.  I knew that God was big, amazing and that I loved Him.  What I didn't know till given a second chance was that I was worthy of His love...without doing a single thing other than believe.  There is such beauty and power in that for me.  The knowledge that Christ was the ultimate second chance for me is so overwhelming.......and I my life hopefully reflects that.  I love this song from Rend Collective.  It's message speaks to me... 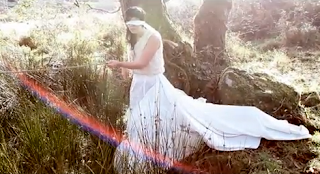 One of the most popular signs at Cellar Designs is one that I can not sell anymore.  I was not aware of a copyright when I originally made this specific sign so I, unfortunately, can not make it anymore.  But it is all over Pinterest to this day.  I get emails daily from people all over the world asking if I could make them one.  The first line of this sign is "In this house we do second chances".

I am floored by the power those words hold for many people.  I think the whole world has a desire for second chances.  I am so very grateful to God for the second chances that I have been given, and still are getting.... all the time!  How blessed am I to be have the chance at so many do-overs!

May you not beat yourself up about your first chances at things.

May you recognize the second chance when given it.

May you learn from them both.

May you be grow from those lessons.